Giving presents is nice (for both sides), but giving presents you made yourself is even nicer. In such a case you give a little bit of yourself. If you love drawing letters like we do, it’s pretty predictable that these presents are build up out of letters. Here are a couple of typographic presents we made recently.

Autobahn
When our friends of Autobahn celebrated their 10th anniversary, they asked some fellow designers and type-lovers to design them one letter of the alphabet. What do you do when you get asked by two guys which are deep into type to make the letter “S”? Right, you give them what they are: 2 guys deep into type. 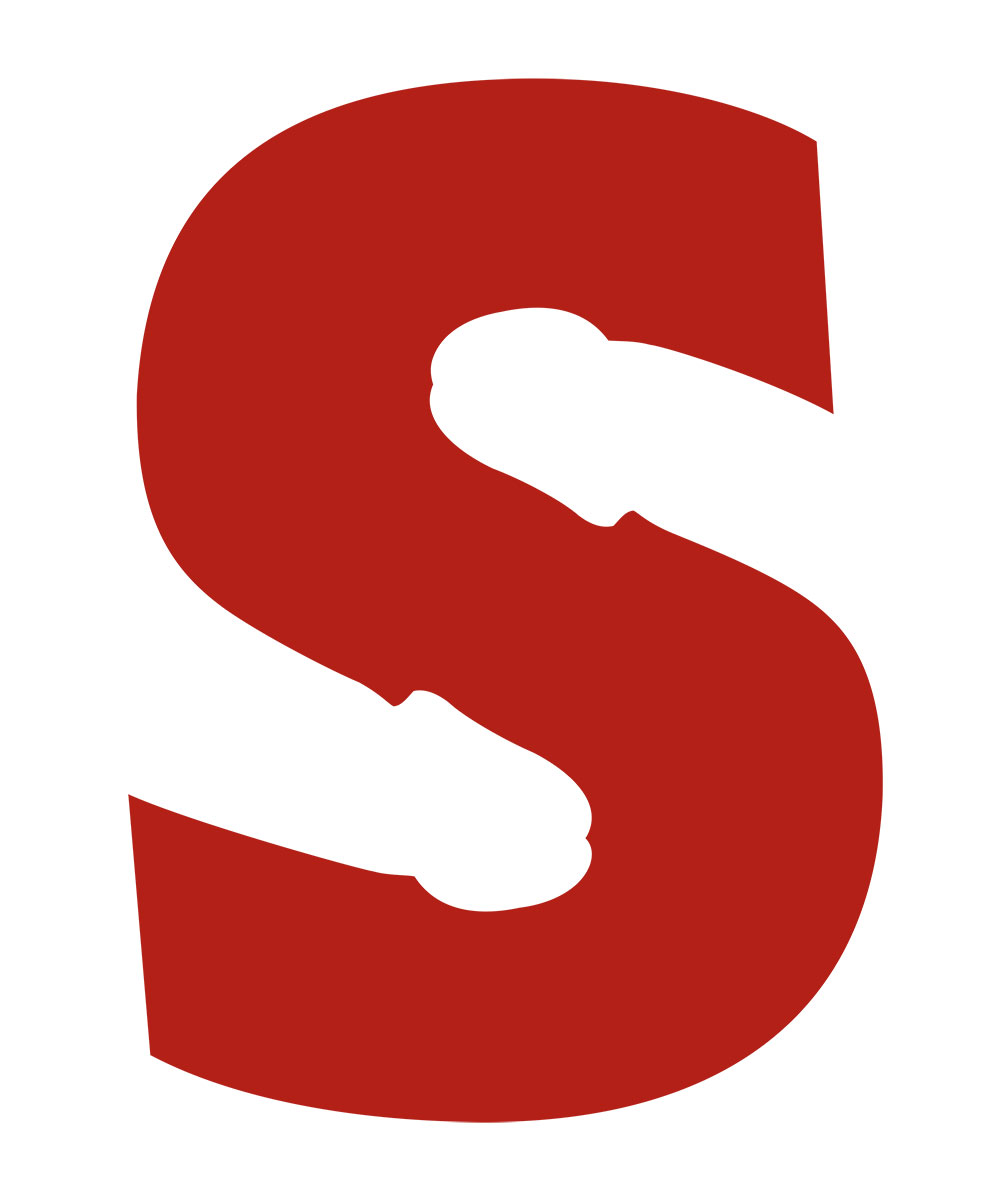 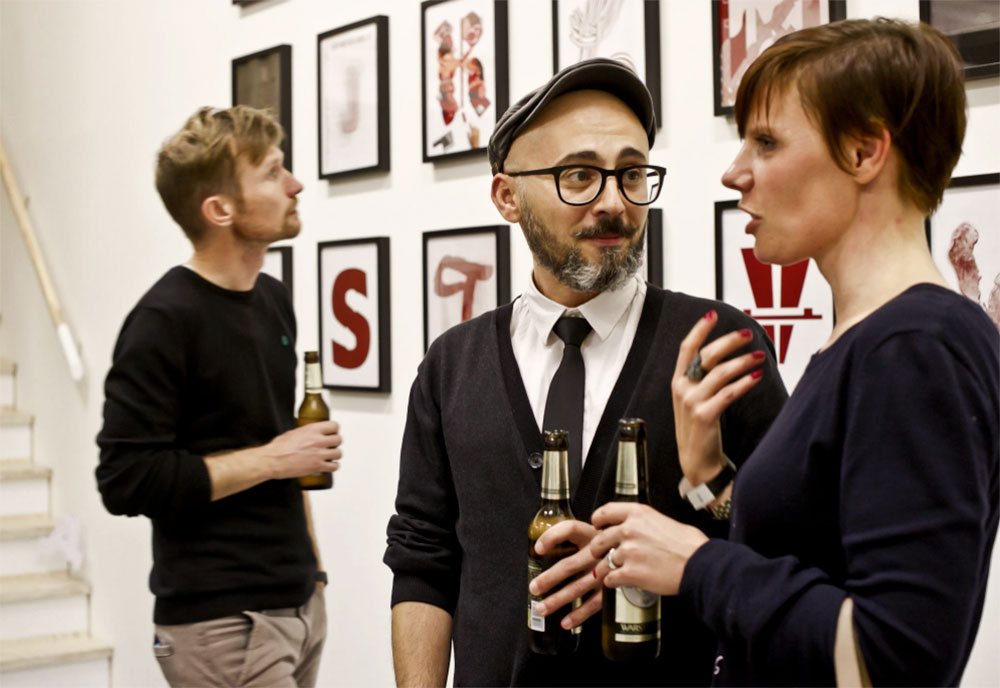 Abel
Arriving on earth is a milestone in everybody’s life. When Abel was born, he got an almost abstract poster which actually looks much better if rotated 90 degrees. Hey, he can’t read anyway yet. 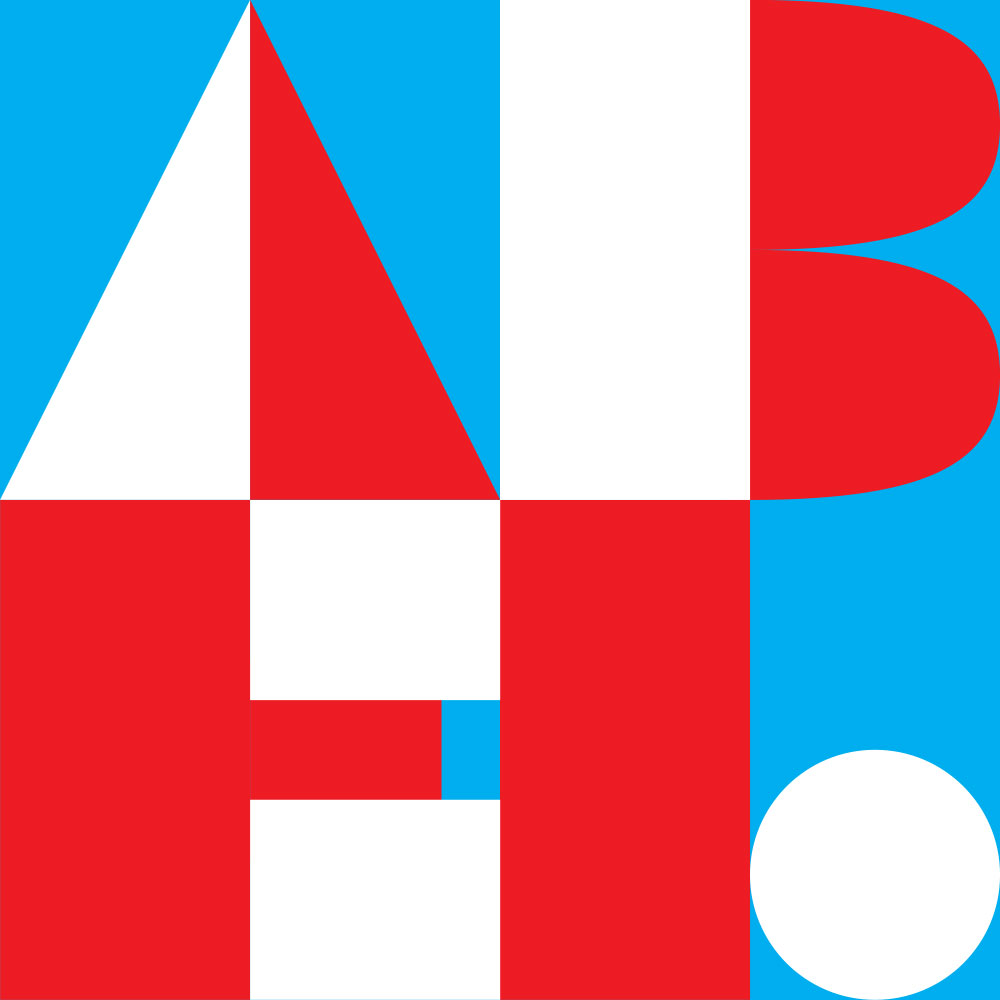 Rigoberto
Every artist needs his own monogram. So when we discovered that Rigoberto had to do without one for almost 80 years already, we sat down and send him a stamp. 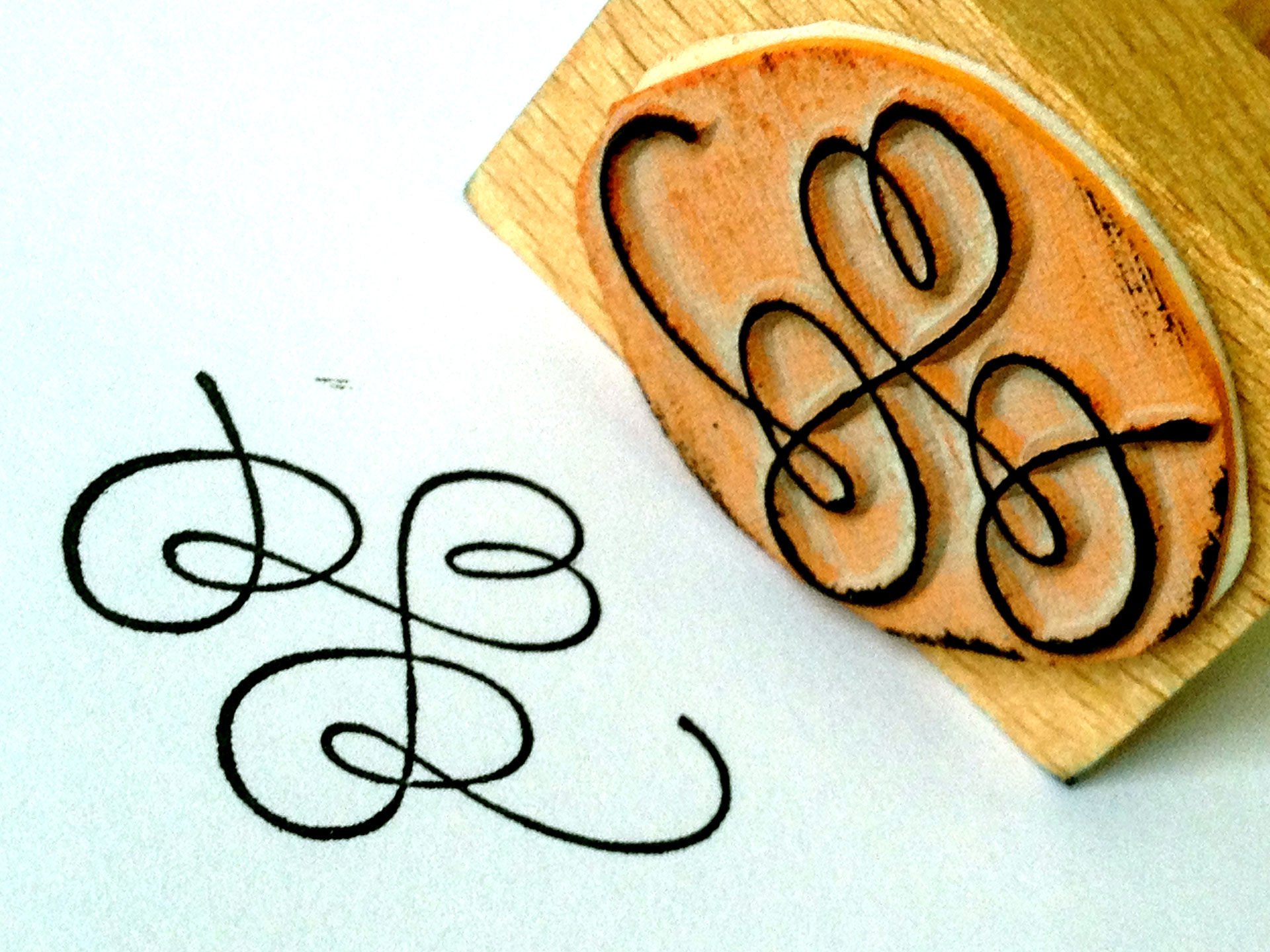 We received a drawing in return, of course signed with his meanwhile inevitable monogram. Thanks Rigoberto! 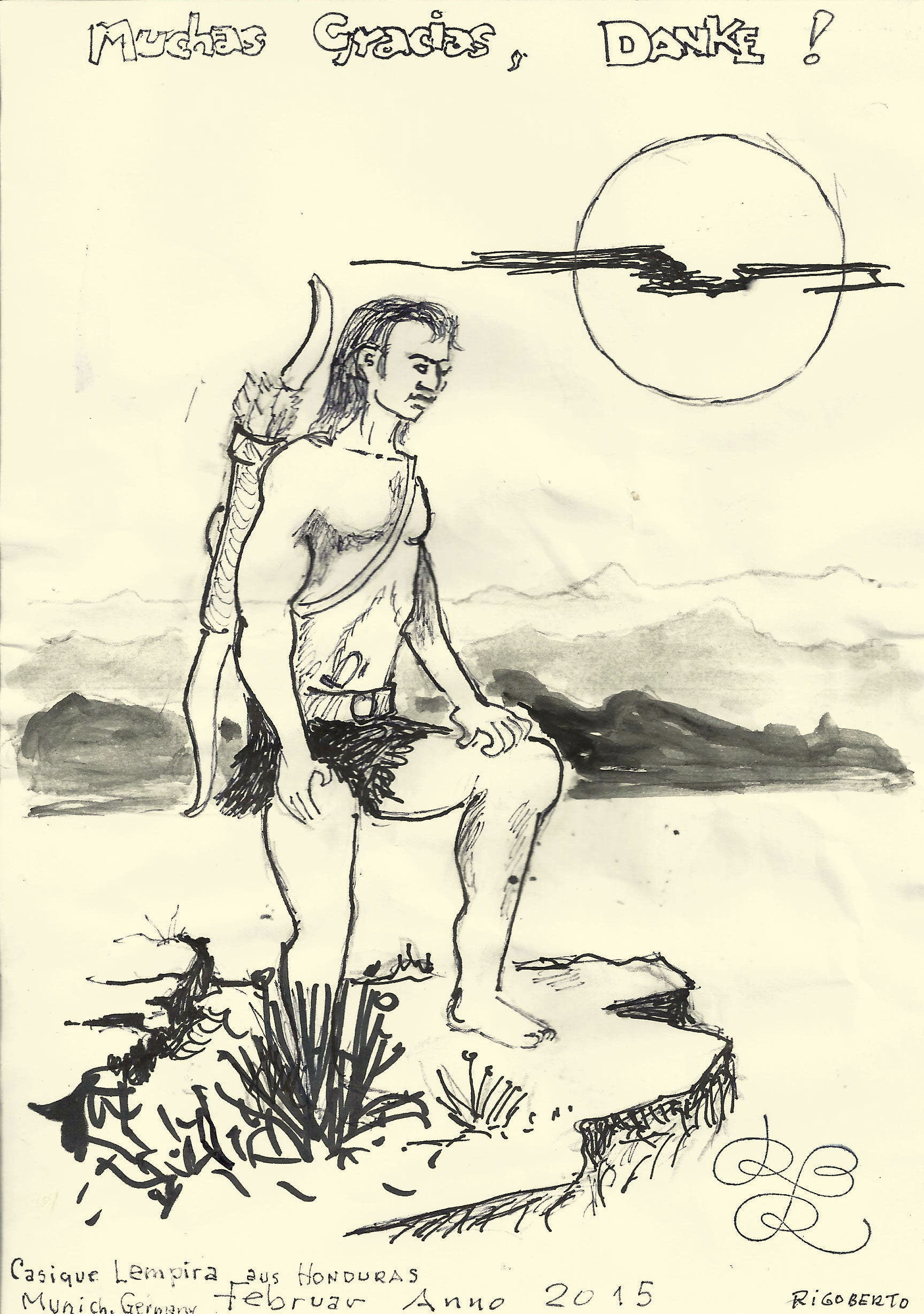 Tijl, well, when Tijl was born last year we gave him a quickly painted poster that neither Tijl nor his parents could read. That’s okay. It can still be a nice wallpaper decoration thingie for the baby’s bedroom. Shiny nice colours are half the job anyway. 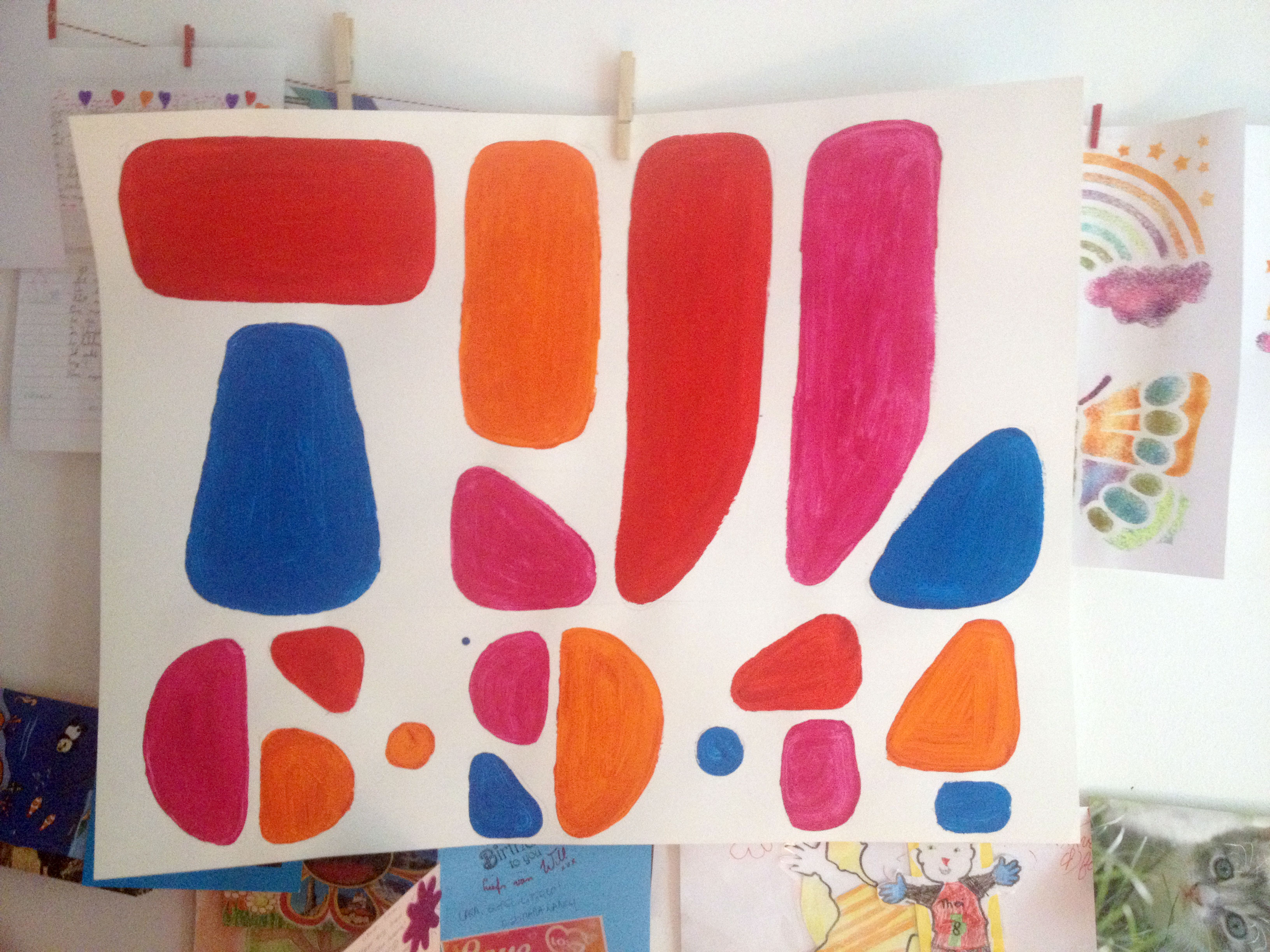 Kees
Every carpenter has his own habit. Kees, who helped us a lot this year, tends to write “Made by Kees” on everything he builds. His eternal fame is however mostly deeply buried underneath layers of concrete or wood. This skilled woodworker deserves more eternal fame, so we made him a stencil. Now he can spray his characteristic motto on everything he builds. Fast and easy. Yes, even his own kids will not be safe anymore with his new stencil. 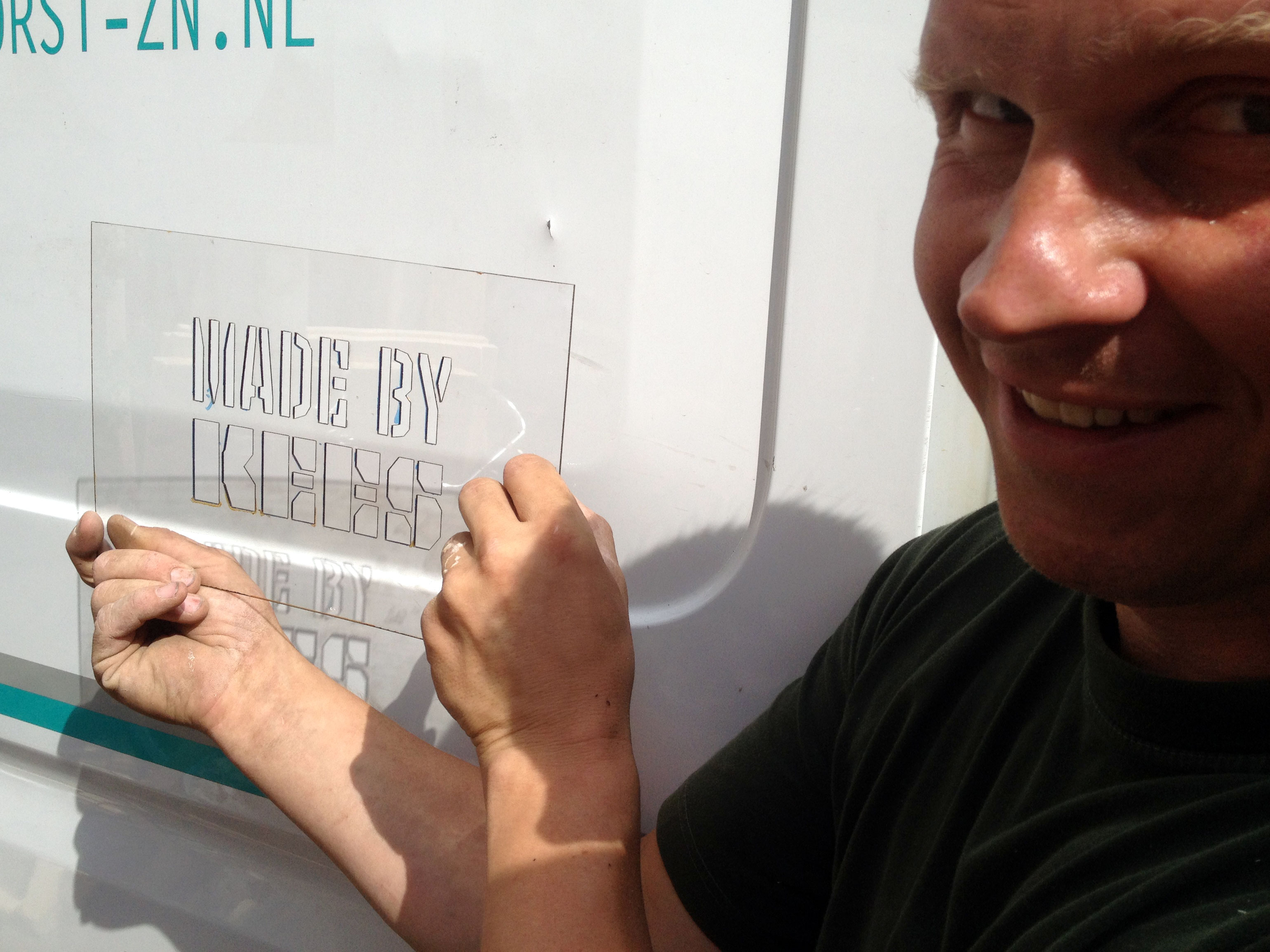 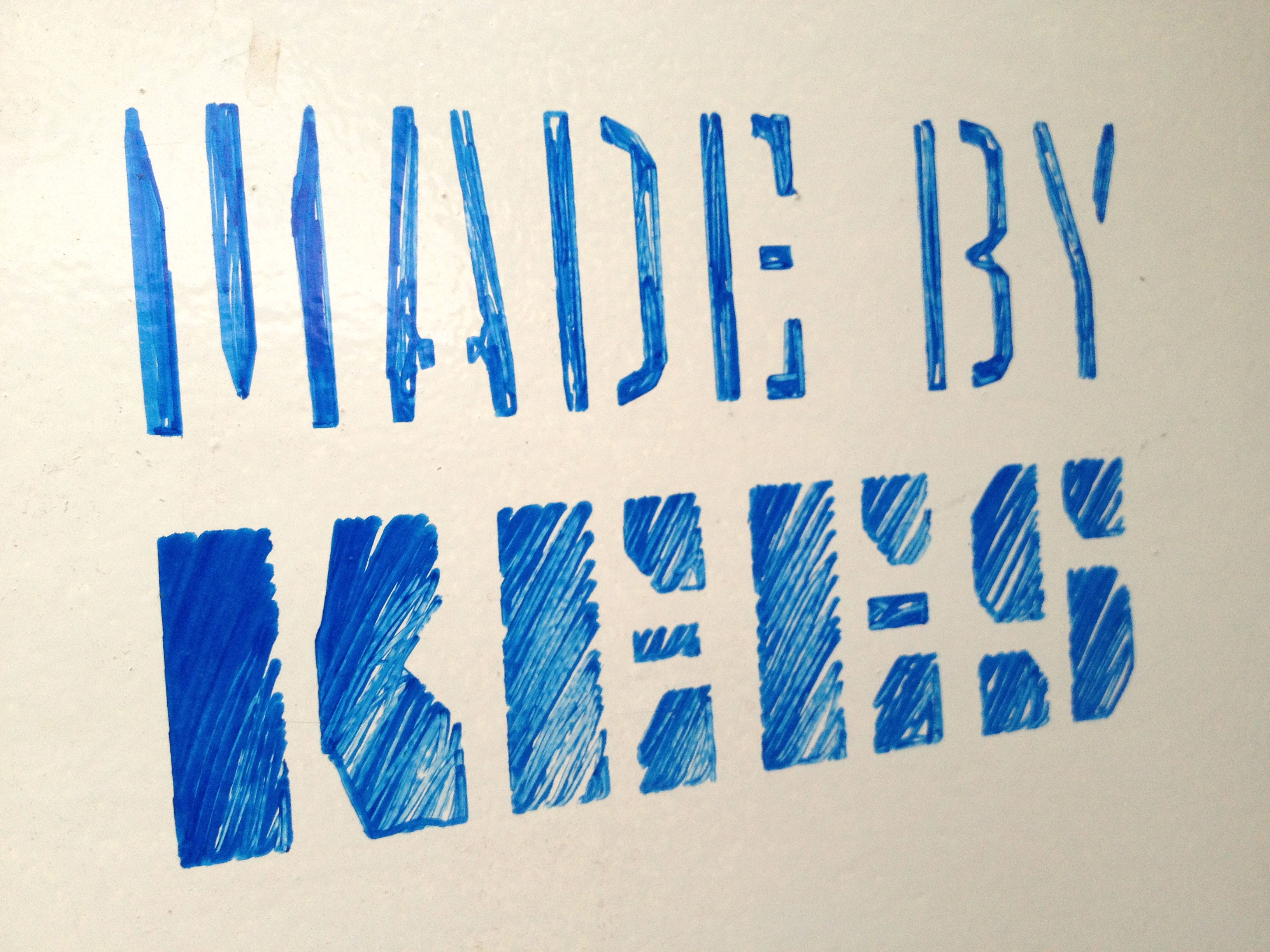