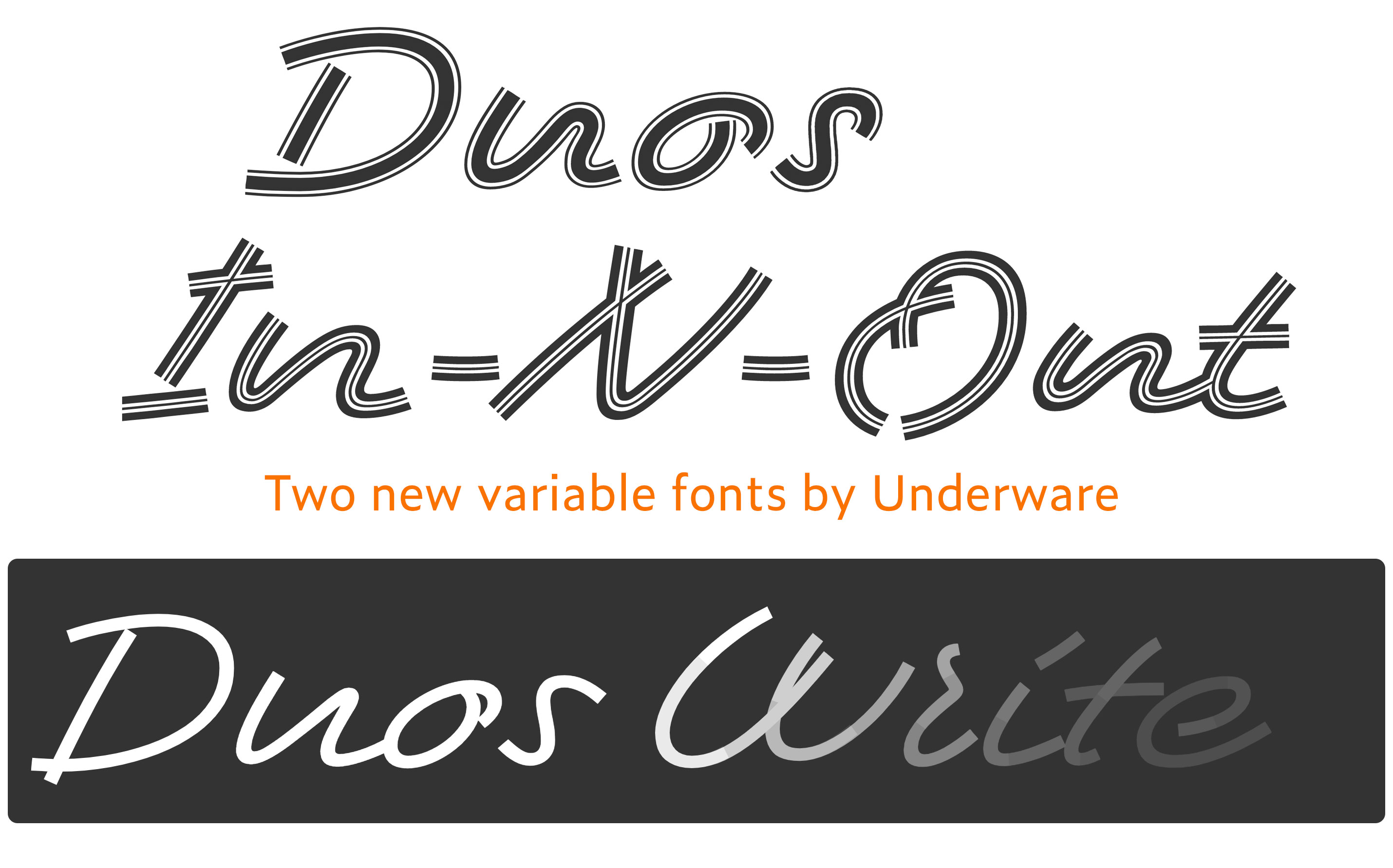 Two new, very able, fonts!
The variable font format offers new typographic possibilities for type designers. Instead of creating separate static fonts, font families can be combined into a single font file for example. But this new font format has much more to offer. Type designers can also design typefaces specifically for this new format. New ideas for new technologies, instead of old ideas wrapped into those new technologies.

Our most recent font family Duos was already a technological tour de force, but is now expanded with 2 progressive variable versions.

Duos In-N-Out
An inline is easy to imagine, and suitable for a monoline typeface like Duos. But maybe that inline should vary, or maybe you want to have multiple inlines with various thicknesses? And wait, does that inline nicely continue to the following letter when they overlap? A closer look will also reveal that the outlines of Duos are heavily revised for this variable In-N-Out version. It’s still Duos, fast and fluid, but then with an extra in- and outline dimension.

Duos Write
Text can be animated by using Duos Write. The way it’s being animated depends on the user, the one who builds a website for example. All letters can be animated at once, or a text can be written from left to write. It can be slow, but also fast if you prefer. You control the speed and its animation. The nicest thing about this animated text is that it is still… text. It didn’t turn into a movie, you can still select the text, copy-paste it, search engines can find that animated text, it can be applied dynamically in headlines, etc. Where an animated movie is a static thing by itself, in which the content is separated from its form, Duos Write remains a typeface with all the advantages for users that every other typeface also has, but then with an extra animation dimension.

(And if you’re interested to know more, just let us know)